For nearly a decade, Willow Books has been fulfilling its mission of developing, publishing, and promoting writers of color. Willow is the sponsor of the annual LitFest broadcasts, the Literature Awards and the Willow Arts Alliance Residencies. Cole Lavalais has been awarded writer’s residencies at the Vermont Studio Center and The Noepe Center for the Literary Arts. An inaugural fellow of the Kimbilio Center for Fiction, Cole’s short stories have appeared in several print and online literary journals. Founder of the forthcoming Hollering Dog: An Online Journal of Diversely Fabricated and Surreal Truths, Cole hosts the Chicago Voices Literary Salon (a salon featuring writers of color) and teaches community-based writing workshops on the south side of Chicago. Kelly Norman Ellis is an associate professor of English and director of the MFA in Creative Writing Program at Chicago State University. She is the author of Tougaloo Blues and co-editor of Spaces Between Us: Poetry, Prose and Art on AIDS/HIV, both from Third World Press. Her work has appeared in Crab Orchard Review, Sou’Wester, PMS (Poem, Memoir, Story), Tidal Basin Review, Calyx, and The Ringing Ear. She is a Cave Canem Poetry Fellow and founding member of the Affrilachian Poets.

Sahar Mustafah is the 2016 Willow Books Literature Awards Grand Prize Winner for Prose. A child of Palestinian immigrants, Sahar Mustafah is drawn to stories of “others”—Arab and Muslim Americans deemed disparate from the larger racial society. Her work has appeared in The Bellevue Literary Review, Story, Great Lakes Review, and Chicago Literati. She is co-founder and fiction editor of Bird’s Thumb. 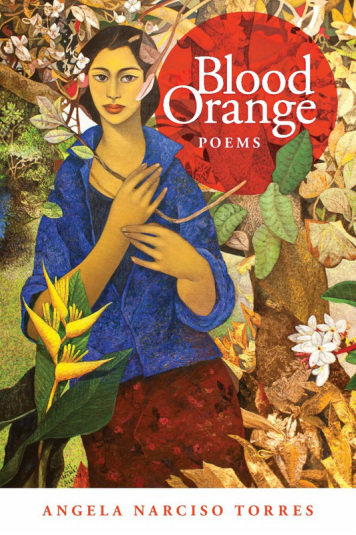 Angela Narciso Torres is the 2013 Willow Books Literature Awards Grand Prize Winner for Poetry. Recent work appears in Cimarron Review, Colorado Review, and Cream City Review. A graduate of Warren Wilson MFA Program for Writers and the Harvard Graduate School of Education, Angela has received fellowships from the Illinois Arts Council, Ragdale Foundation, and Midwest Writing Center. Born in Brooklyn and raised in Manila, she currently resides in Chicago, where she teaches poetry workshops and serves as a senior poetry editor for RHINO.

Heather Buchanan is the co-founder of Willow Books. A writer, publisher, and multimedia producer, her work appears in print and digital publications, including MÖBIUS, Look at Flatbush, and The Blood Jet Writing Hour. She is the producer of the Willow Books LitFest broadcast and founder of the Willow Arts Alliance. A three-time fellow, Buchanan is currently the Director of the Paradise Valley Idlewild Heritage multimedia project and co-producer of the upcoming Syncopate series. She is the Executive Producer of The Remembrance Project, a centennial print, digital, and musical tribute to the Harlem Hellfighters of World War I.