We are so excited to have Tod Goldberg and Gina Frangello in conversation to celebrate Tod's new book Gangster Nation. 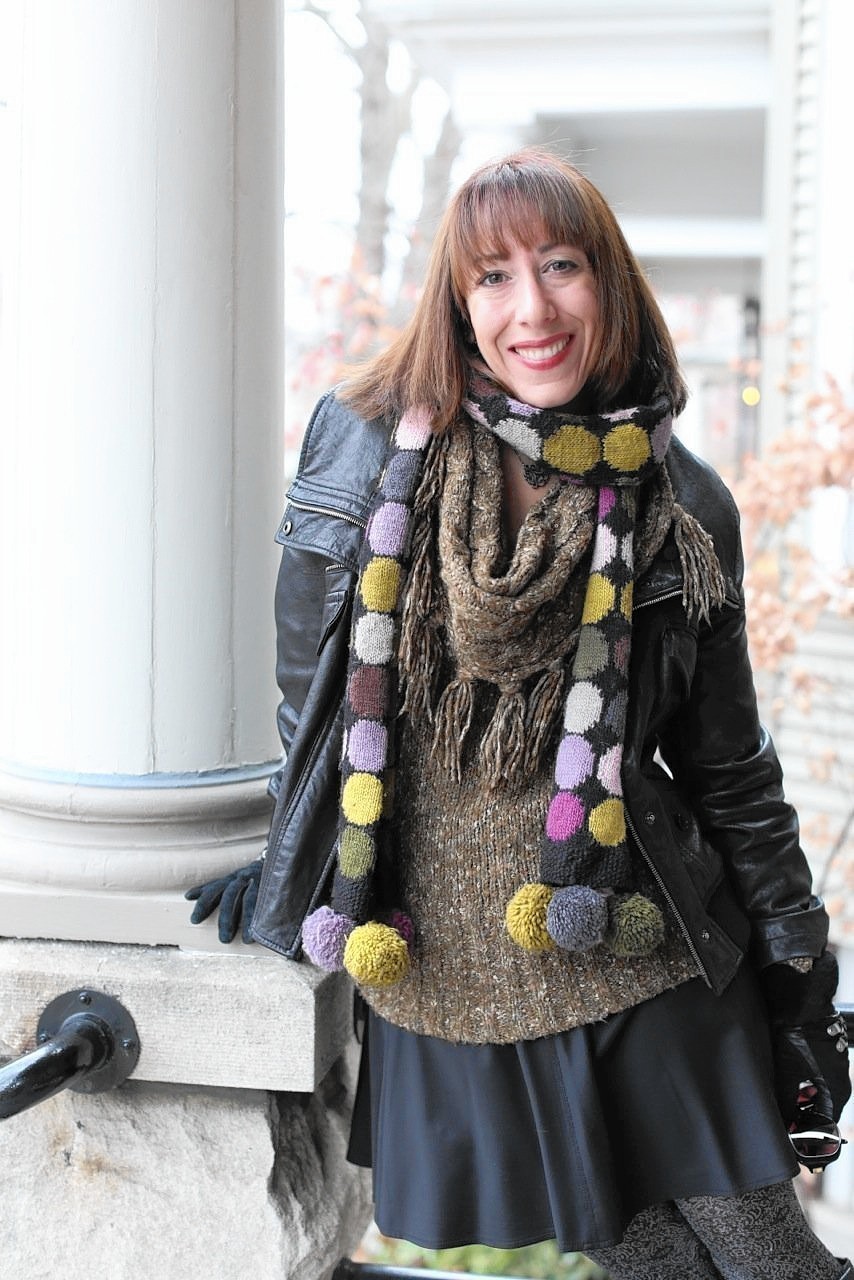 Can't make it to the event? You can still get a signed copy! Pick it up at the store or have it shipped to you after the event. Click HERE to order. Make sure you put any signing requests in the comments box.

Tod Goldberg is the New York Times bestselling author of over a dozen books, including the novels Gangster Nation (Counterpoint), The House of Secrets (Grand Central), which he co-authored with New York Times bestselling author Brad Meltzer, Gangsterland (Counterpoint), a finalist for the Hammett Prize, Living Dead Girl (Soho Press), a finalist for the Los Angeles Times Book Prize, Fake Liar Cheat (Pocket Books/MTV), and the popular Burn Notice series, including The Fix, The End Game, The Giveaway, The Reformed and The Bad Beat (Penguin), as well as two short story collections: Simplify (OV Books), a 2006 finalist for the SCIBA Award for Fiction and winner of he Other Voices Short Story Collection Prize and Other Resort Cities (OV Books).

His short fiction has appeared widely, including in Black Clock, The Normal School, and The Sun, and twice has received Special Mention for the Pushcart Prize, as well as being named a Distinguished Story of the Year in the 2009 Best American Mystery Stories. His essays, journalism, and criticism have appeared in numerous publications, including the Los Angeles Times,  Los Angeles Review of Books, Wall Street Journal, Las Vegas Weekly and Salon, among many others, and have earned five Nevada Press Association Awards for excellence. His essay “When They Let Them Bleed” — which originally appeared in Hobart — was selected for Best American Essays 2013. Tod is also the cohost of the podcast Literary Disco, along with Julia Pistell and Rider Strong. His books have been translated into German, Italian, Dutch, Bulgarian, Hungarian, French, and the kind of English they speak in England & Australia (more instances of the letter U, apparently). In 2016, Tod was honored with the Silver Pen Award from the Nevada Writers Hall of Fame.

Tod Goldberg holds an MFA in Creative Writing & Literature from Bennington College and directs the Low Residency MFA Program in Creative Writing and Writing for the Performing Arts at the University of California, Riverside. He lives in Indio, CA with his wife, the writer Wendy Duren.

It’s been two years since the events of Gangsterland, when legendary Chicago hitman Sal Cupertine disappeared into the guise of Vegas Rabbi David Cohen. It’s September of 2001 and for David, everything is coming up gold: Temple membership is on the rise, the new private school is raking it in, and the mortuary and cemetery―where Cohen has been laundering bodies for the mob―is minting cash. But Sal wants out. He’s got money stashed in safe-deposit boxes all over the city. He’s looking at places to escape to, Mexico or maybe Argentina. He only needs to make it through the High Holidays, and he’ll have enough money to slip away, grab his wife and kid, and start fresh.

Across the country, former FBI agent Matthew Drew is now running security for an Indian Casino outside of Milwaukee, spending his off-time stalking members of The Family, looking for vengeance for the murder of his former partner. So when Sal’s cousin stumbles into the casino one night, Matthew takes the law into his own hands―again―touching off a series of events that will have Rabbi Cohen running for his life, trapped in Las Vegas, with the law, society, and the post-9/11 world closing in around him.

Gangster Nation is a thrilling follow-up to Gangsterland, an unexpected, page-turning examination of the seedy foundations of American life. With the wit and gritty glamor that defines his writing, Goldberg traces how the things we most value in our lives―home, health, even our spiritual lives―have been built on the enterprises of criminals.

“Offbeat doesn’t begin to describe Goldberg’s impressive sequel to 2014’s Gangsterland. Mafia leader Sal Cupertine escaped arrest by hiding in the back of a refrigerated meat truck after murdering three undercover FBI agents and an informant in Chicago. Now, he’s successfully reinvented himself as Rabbi David Cohen in Las Vegas, where he’s found that not being Jewish “had ceased, over time, to be a problem.” He has successfully faked his way into the job, officiating over life cycle events and dispensing nuggets of wisdom. Goldberg’s sections on Cupertine/Cohen’s relationship with his wealthy flock, which includes a man who hires Donny Osmond to sign autographs at his daughter’s wedding, provide a satirical look at the superficial aspects of affluent American life. The threat that the gangster’s past will catch up with him comes in the form of FBI agent Matthew Drew, who’s bent on avenging his late colleagues. Fans of clever mixes of dark humor and violent crime by authors such as Elmore Leonard and Carl Hiaasen will be pleased.” — Publishers Weekly

Gina Frangello is the author of the Target Emerging Authors selection A Life in Men, which was a book club selection for NYLON magazine, The Rumpus, and The Nervous Breakdown. She is also the author of two other books of fiction: Slut Lullabies, a Foreword Magazine Best Book of the Year finalist, and My Sister's Continent. She is the founder of Other Voices Books, has served as the Sunday editor for The Rumpus, the fiction editor for The Nervous Breakdown, Executive Editor for Other Voices magazine, and the faculty editor for TriQuarterly Online. Her short fiction, essays, book reviews, and journalism have been published in Ploughshares, the Boston Globe, the Chicago Tribune, the Huffington Post, Fence, FiveChapters, Prairie Schooner, the Chicago Reader, and many others.

About Every Kind of Wanting:

Every Kind of Wanting explores the complex intersection of three unique families and their bustling efforts to have a "Community Baby." Miguel could not be more different from his partner Chad, a happy-go-lucky real estate mogul from Chicago’s wealthy North Shore. When Chad’s sister, Gretchen offers the couple an egg, their search for a surrogate leads them to Miguel’s old friend Emily, happily married to an eccentric Irish playwright, Nick, with whom she is raising two boys. Into this web falls Miguel's sister Lina, a former addict and stripper, who begins a passionate affair with Nick while deciphering the mysteries of her past.

But every action these couples take has unforeseen consequences. As Lina faces her long-hidden demons and the fragile friendships between Miguel, Chad, Nick and Emily begin to fray as the baby's birth draws near, a shocking turn of events—and the secret Lina's been hiding—threaten to break them apart forever.

Every Kind of Wanting (Paperback)