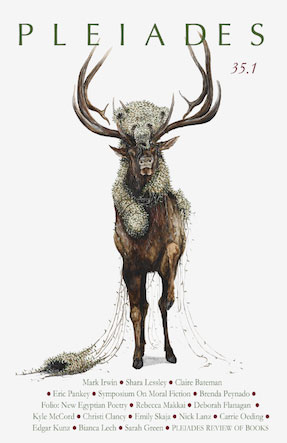 The Book Cellar celebrates the launch of a new issue of Pleiades magazine. Set to read their contributing work are Rebecca Makkai, Christine Sneed, and Christina Clancy.

Rebecca Makkai is the Chicago-based author of the novels The Hundred-Year House, winner of the Chicago Writers Association’s Novel of the Year award, and The Borrower, a Booklist Top Ten Debut which has been translated into eight languages. Her short story collection, Music for Wartime, will appear in June of 2015. Her short fiction was chosen for The Best American Short Stories for four consecutive years (2011, 2010, 2009 and 2008), and appears regularly in journals like Harper’s, Tin House, and New England Review. The recipient of a 2014 NEA fellowship, Makkai will be visiting faculty this fall at the Iowa Writers’ Workshop.

Her stories have recently appeared in New Stories from the Midwest: "Twelve + Twelve"; Pleiades, "59 Ways of Looking at Domesticity"; The Southern Review, "Flattering Light"; Notre Dame Review, "The Goddess Complex"; New England Review, "The Couplehood Jubilee," The Literary Review, "The New, All-True CV"; Massachusetts Review, "Ask an Expert."She has received an Illinois Arts Council Fellowship in poetry, is the recipient of the 2013 21st Century Award from the Chicago Public Library Foundation, and has received special mentions in the Pushcart Prize anthology for the stories "Quality of Life" and "Beach Vacation."  She is on hiatus as co-curator for Sunday Salon Chicago, which is currently being curated by Suzanne Clores and Betsy Haberl, with help from Natalia Nebel, who has also been on a hiatus, due to health-related concerns, and Alexandra Sheckler.  Sunday Salon is a reading series usually held at Riverview Tavern, 1958 W. Roscoe St., Chicago, on the last Sunday of every other month, 7 p.m.  All readings are free. Sneed lives in Evanston, IL and teaches creative writing for the MFA programs at Northwestern University and the University of Illinois-Urbana-Champaign.  Starting in mid-2016 or early 2017, she will be on the fiction faculty of the Regis University low-residency MFA program.  Information available

Christina Clancy specializes in suburban literature, eco-criticism, and creative writing pedagogy. Her work has twice been nominated for the Pushcart Prize and has appeared in Glimmer Train Stories and many other publications, including, most recently, the New York Times. Clancy’s novel and creative dissertation addresses issues of spatial proximity, identity, and sense of place. She has also taught courses of her own design in creative writing, animated writing, composition, literature, and literary theory, including a class on creative adaptation titled “From the Short Story to the Big Screen” and a number of expository writing courses, on multidisciplinary topics such as climate change, suburban sprawl, and the American consumer. Clancy has served as Associate Producer of the Poetry Everywhere Project at UW Milwaukee and, before graduate school, worked as a communications manager and marketing specialist.

Portraits of a Few of the People I've Made Cry: Stories (Paperback)

Paris, He Said: A Novel (Hardcover)

The Borrower: A Novel (Paperback)