We're very excited to have Nathan Hill join us at The Book Cellar to celebrate his debut book (and current staff favorite) The Nix. 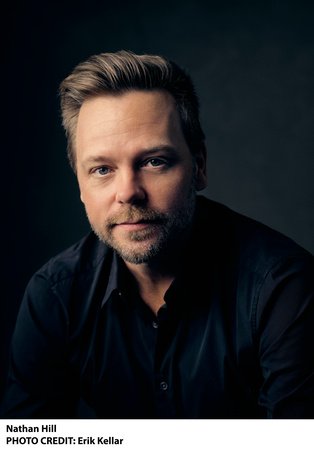 Nathan Hill's short stories have appeared in The Iowa Review, AGNI, Gulf Coast, The Denver Quarterly, Fugue, The Gettysburg Review, and many other journals. He won the annual Fiction Prize from the journal Fiction for his story “The Bottle.” The Iowa Review nominated his story “SuperAngel” for a Pushcart Prize. He was also a finalist for the Donald Barthelme Prize in Short Prose, and I’m the recipient of an Artist Grant from the Minnesota State Arts Board. Hill is an Associate Professor of English at the University of St. Thomas in St. Paul, Minnesota, where he teachest creative writing & literature courses.He is a native Iowan, but he grew up all over the Midwest: Iowa, Illinois, Missouri, Oklahoma, and Kansas. He's lived in New England and New York and the Twin Cities and Chicago, but he's since fled to a warmer climate and now makes his home in Naples, Florida.

The Nix
A Nix can take many forms. In Norwegian folklore, it is a spirit who sometimes appears as a white horse that steals children away. In Nathan Hill’s remarkable first novel, a Nix is anything you love that one day disappears, taking with it a piece of your heart.

It’s 2011, and Samuel Andresen-Anderson—college professor, stalled writer—has a Nix of his own: his mother, Faye. He hasn’t seen her in decades, not since she abandoned the family when he was a boy. Now she’s reappeared, having committed an absurd crime that electrifies the nightly news, beguiles the internet, and inflames a politically divided country. The media paints Faye as a radical hippie with a sordid past, but as far as Samuel knows, his mother was an ordinary girl, who married her high-school sweetheart. Which version of his mother is true? Two facts are certain: she’s facing some serious charges, and she needs Samuel’s help.

To save her, Samuel will have to embark on his own journey, uncovering long-buried secrets about the woman he thought he knew, secrets that take him across generations and countries, and stretch all the way back to Norway, the original home of the mysterious Nix. In doing so, Samuel will not only confront Faye’s losses, but also his own lost love, and relearn everything he thought he knew about his mother, and himself.

From the suburban Midwest to New York City to the 1968 riots that rocked Chicago, and beyond, The Nix explores—with sharp humor and a fierce tenderness—the resilience of love and home, even in times of radical change.

“There is an accidental topicality in Hill’s debut, about an estranged mother and son whose fates hinge on two mirror-image political events—the Democratic Convention of 1968 and the Republican Convention of 2004. But beyond that hook lies a high-risk, high-reward playfulness with structure and tone: comic set-pieces, digressions into myth, and formal larks that call to mind Jennifer Egan’s A Visit From the Goon Squad and John Irving at his strangest.” —Vulture

“[A] sparkling, sweeping debut novel that takes in a large swath of recent American history and pop culture and turns them on their sides. . . .There are hints of Michael Chabon's Wonder Boys as Hill, by way of his narrative lead, wrestles alternately converging and fugitive stories onto the page, stories that range from the fjords of Norway to the streets of "Czechago" in the heady summer of 1968. There are also hints of Pynchon, though, as Hill gently lampoons advertising culture, publishing, academia, politics, and everything in between. A grand entertainment, smart and well-paced, and a book that promises good work to come.” —Kirkus, starred review

“Hill’s first novel offers an ironic view of 21st-century elections, education, pop culture, and marketing, with flashbacks to 1988, 1968, and 1944. . . . The Nix of Hill’s title is a Norwegian mythological being that carries loved ones away, a physical and metaphorical representation of fear and loss, much like the Under Toad in John Irving’s The World According to Garp. Like Irving, Hill skillfully blends humor and darkness, imagery and observation. He also excels at describing technology, addiction, cultural milestones, and childhood ordeals. Cameos by Allen Ginsberg, Walter Cronkite, and Hubert Humphrey add heart and perspective to this rich, lively take on American social conflict, real and invented, over the last half-century.”  —Publishers Weekly, starred review

“The Nix is a mother-son psychodrama with ghosts and politics, but it’s also a tragicomedy about anger and sanctimony in America. Even the minor characters go to extremes—among them, a Home Ec teacher from Hell and an unrepentant plagiarist with presidential aspirations. ‘A maestro of being awful,’ the son calls his mom. ‘Every memory is really a scar,’ she tells him. For this mother and son, disappointment is ‘the price of hope’—a cost they will both bear. Nathan Hill is a maestro of being terrific.” —John Irving

The Nix: A novel (Hardcover)