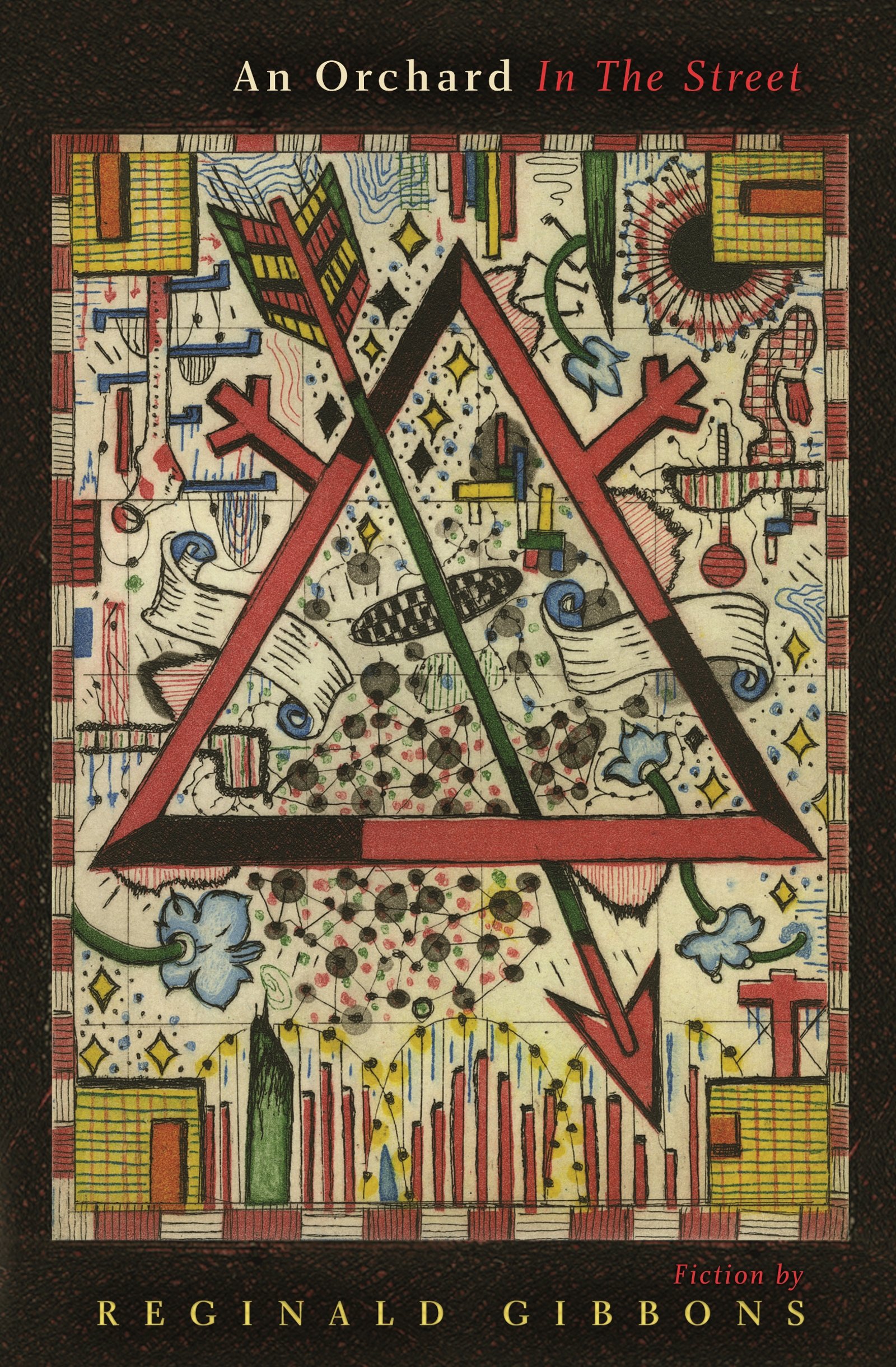 Reginald Gibbons is the author of 10 books of poems, the novel Sweetbitter, translations of ancient Greek and modern Spanish and Mexican poetry, and other works. His collection Creatures of a Day was a Finalist in Poetry for the National Book Award. He has won fellowships from the Guggenheim Foundation, the National Endowment for the Arts, and the Center for Hellenic Studies; as well as a number of book awards, including the Anisfield-Wolf Award for Sweetbitter. Born and raised in Houston, TX, he studied at Princeton University, Stanford University, and in Spain, and taught at Princeton, Rutgers University, and Columbia University. He now lives in Evanston, IL, where he served as the editor of TriQuarterly Magazine for 16 years, and is a Frances Hooper Professor of Arts and Humanities at Northwestern University.

About An Orchard in the Street:

This new collection by award-winning author Reginald Gibbons explores human experience and memory in ordinary settings-city apartments, rural roads, soap operas, and juvenile court-as way to understand the depths of thought and feeling in our everyday encounters. Using the art of the (very) short story form, these narrative meditations offer tremendous value to our daily crises, both personal and shared.

Katie Hartsock was born in Youngstown, Ohio, and has lived in Cincinnati, Ann Arbor, and Chicago. She holds an MFA from the University of Michigan and a PhD in Comparative Literary Studies from Northwestern University. Recipient of the 2015 Page Davidson Clayton Prize for Emerging Poets, she is the author of two poetry chapbooks, Hotels, Motels, and Extended Stays and Veritas Caput. Her poems have appeared in Beloit Poetry Journal, Massachusetts Review, Southwest Review, RHINO, Measure, Michigan Quarterly Review, and Midwestern Gothic, among other journals, and in the anthology Down to the Dark River: Poems about the Mississippi River (Louisiana Literature Press, 2015). She is an assistant professor of English at Oakland University (MI).

About Bed of Impatiens:

Katie Hartsock's Bed of Impatiens is astir in myths and myth-making in the backdrop of the grit, waters, scenes and atmospheres of the Midwest. While its tributes to Saint Augustine's Confessions are by turns meditative and daring, its travelogue of "Hotels, Motels, and Extended Stays" is quirky, irreverent and, yes, delightful. In Bed of Impatiens you can feel "the bliss / and the burning too." Little wonder it is a finalist in the 2015 Able Muse Book Award.

Terry John Malik is a Chicagoan to the core. Born and raised in the city he loves, son of a Chicago fireman, he now explores the dark back streets and alleys of the city's imagination. Mr. Malik is a graduate of the University of Notre Dame where he majored in English, and an alumnus of Loyola University School of Law. Terry brings to his work a wide variety of life experiences. He taught English for several years in the Archdiocese of Chicago School System; designed computer systems for an international accounting firm; worked with distressed borrowers as a banker for the largest bank in Chicago; practiced law for twenty-eight years appearing in federal courts across the nation; became the president of a financially troubled high school; administered a foundation that provided scholarship funds for disadvantaged inner city girls; and created websites for local merchants and non-profits. Throughout his many careers, he has continued to hone his writing skills and never lost his passion for a story well told. Prior to writing his debut novel, The Bricklayer of Albany Park, Terry hadn't written a word of fiction, although some federal judges mistakenly claimed he did. Bricklayer is a psychological thriller that follows Chicago's first serial killer since the Killer Clown. Terry has two other thrillers in the works, weaving stories of killers and cops while sitting on a beach on Sanibel Island.

About The Bricklayer of Albany Park:

As a student, Francis Vincenti asked his mentor, former Chicago PD detective Thomas Aquinas Foster, if it took a monster to catch a monster. Foster, a man with a tortured soul and his own self-righteous brand of justice, didn't have an answer. Now a detective with a string of famous arrests under his belt, Vincenti is known as a cop with an uncanny insight into a killer's psyche. Until the Bricklayer of Albany Park. Obsessed with the brutal slayings, Vincenti studies the murderer and his victims, reconstructing the killings and burials by day and, at night, recreating the murders one by one in his nightmares. He knows the Bricklayer. But not well enough to stop him.

Cris Mazza is the author of over seventeen books. Her first novel, How to Leave a Country, won the PEN/Nelson Algren Award for book-length fiction. Mazza is a professor in the Program for Writers at the University of Illinois at Chicago.

Cris Mazza's work has often been regarded as "disturbing" for its exploration of sexual politics, victimhood, personal accountability, and acts of sexual violence. With an introduction by Gina Frangello and a foreword by Rick Moody, Charlatan charts the development of a dynamic body of fiction by a writer due for discovery by millennial readers unsatisfied by mainstream feminism.

An Orchard in the Street (American Readers) (Paperback)

The Bricklayer of Albany Park (Paperback)