D.T. Max, "Every Love Story is a Ghost Story: A Life of David Foster Wallace"

Join us as we welcome D.T. Max while he discusses his new biography "Every Love Story is a Ghost Story: A Life of David Foster Wallace." 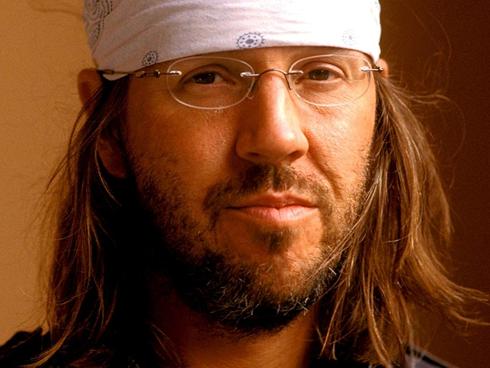 David Foster Wallace was the leading literary light of his era, a man who not only captivated readers with his prose but also mesmerized them with his brilliant mind. In this, the first biography of the writer, D. T. Max sets out to chart Wallace’s tormented, anguished and often triumphant battle to succeed as a novelist as he fights off depression and addiction to emerge with his masterpiece, Infinite Jest.

Since his untimely death by suicide at the age of forty-six in 2008, Wallace has become more than the quintessential writer for his time—he has become a symbol of sincerity and honesty in an inauthentic age.  In the end, as Max shows us, what is most interesting about Wallace is not just what he wrote but how he taught us all to live. Written with the cooperation of Wallace’s family and friends and with access to hundreds of his unpublished letters, manuscripts, and audio tapes, this portrait of an extraordinarily gifted writer is as fresh as news, as intimate as a love note, as painful as a goodbye.

D.T. Max is a graduate of Harvard University and a staff writer at The New Yorker. His new book, Every Love Story Is A Ghost Story: A Life of David Foster Wallace, will be released by Viking Penguin on August 30, 2012. He is also the author of The Family That Couldn't Sleep: A Medical Mystery. He lives in New Jersey with his wife, their two young children, and a rescued beagle who came to them named Max.

Every Love Story Is a Ghost Story: A Life of David Foster Wallace (Hardcover)