Join us at The Book Cellar with author Allison Amend, with her new book, Enchanted Islands. 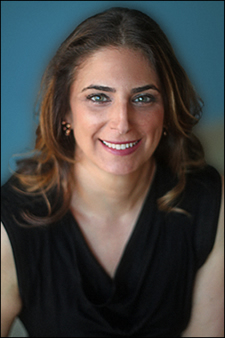 ALLISON AMEND was born in Chicago, Illinois, on a day when the Cubs beat the Mets 2-0. In high school, Allison lived for a year with a Spanish family in Barcelona and now speaks fluent Catalan. She attended Stanford University, graduating with honors in Comparative Literature. After college, she lived in Lyon, France on a Fulbright Teaching Fellowship. Allison then attended the University of Iowa Writers’ Workshop, receiving a Maytag and a Teaching/Writing Fellowship.

Allison’s debut short story collection, Things That Pass for Love (OV/Dzanc Books, 2008) won a bronze Independent Publisher’s award. Stations West, a historical novel, was published by Louisiana State University Press as part of its Yellow Shoe Fiction series in March 2010 and was a finalist for the Sami Rohr Prize for Jewish Literature and the Oklahoma Book Award.

A Nearly Perfect Copy was published by Nan A. Talese/Doubleday in April 2013, who will also release her fourth novel, Enchanted Islands, on May 24, 2016.

Allison lives in New York City, where she teaches creative writing at Lehman College in the Bronx and at the Red Earth MFA.

In a novel based on the real-life escapades of Frances and Ainslie Conway, Amend (A Nearly Perfect Copy, 2013) augments the couple's audacious adventures as American spies during WWII with the backstory of how a poor Jewish girl came to be involved in international espionage. Readers meet Franny Frankowski as a willful child in Depression-era Duluth who escapes her family's economic and moral tyranny by running off to Chicago with her best friend, the beautiful but flirtatious Rosalie Mendel. After they are torn apart by love and betrayal, Franny eventually makes her way to San Francisco, where she is recruited by U.S. Naval Intelligence for an unlikely assignment: the arranged marriage to an officer spying on German settlers of the Galapagos Islands. As a middle-aged woman resigned to spinsterhood, Franny accepts the chance to perhaps find the romance and adventure that always eluded her in Rosalie's company. In this shrewdly textured yet directly told tale of an unorthodox life, Amend fills Franny's worlds of poverty, intrigue, and indignant old age with rewarding vibrancy and touching vulnerability.(Booklist 2016, American Library Association.)